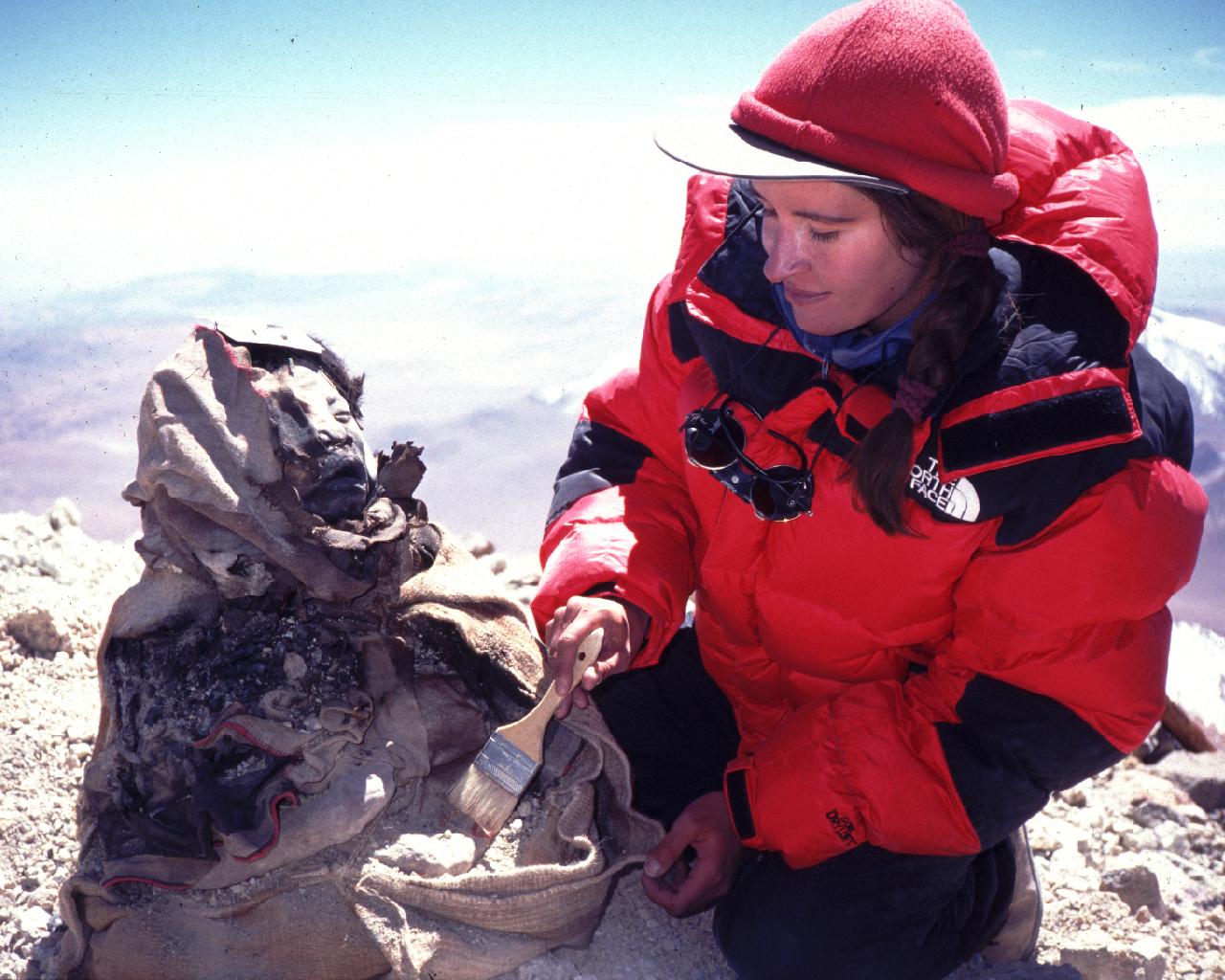 Constanza Ceruti is the only female practitioner of a physically dangerous and intellectually demanding discipline—high altitude archaeology. Constanza combines the refined skills of a field and a lab archaeologist with the courage and physical fitness of a mountaineer, to discover well-preserved remains of ancient cultures. In particular, she has uncovered physical evidence of one of the Inca’s most important imperial rituals, the Capacocha. In so doing she has shaped high altitude archaeology, which only emerged as a scientific sub-field in the 1960s.

Once Constanza established herself as an expert high altitude archaeologist in her native Argentina, she developed a worldwide comparative perspective, studying sacred mountain sites all over the world and publishing her observations. She has climbed over 100 peaks above 5,000 meters in Argentina, Bolivia, Chile, Peru, Mexico, and Nepal. In addition, she has worked in India, Thailand, Australia, Polynesia, Egypt, Morocco, Turkey, Greece, Norway, Italy, France, Spain, Greenland, Ireland, the United Kingdom, Canada, the United States, Costa Rica, and Ecuador. She has written about her work in 15 books and over 100 scientific articles. This is impressive scholarship and pioneering work in archaeology.

Constanza has been honored by a variety of prestigious organizations including The University of Buenos Aires, the National Army of Argentina, The National Geographic Society, the government of Salta, Argentina, the Rotary Club, and Wings. She has been a member of the Society of Woman Geographers since 2012.

She is a Scientific Investigator of Argentina’s National Council for Scientific Research (CONICET) and a Professor of Inca archaeology at the Catholic University of Salta. She is the founder and ad- honorarium director of the Institute of High Mountain Research at that university. She has been awarded an honorary doctorate by the Moravian College (Pennsylvania).